The oldest delivery service is certainly Santa Claus. He has been delivering punctually to children for generations. Santa Claus lives in his factory at the North Pole. Santa’s helpers are the gnomes. They make gifts for the children. At Christmas Santa Claus packs all the presents on his sled. As we now, reindeers pull the sled. He flies on his sled to the houses of the people and brings the presents for our children. 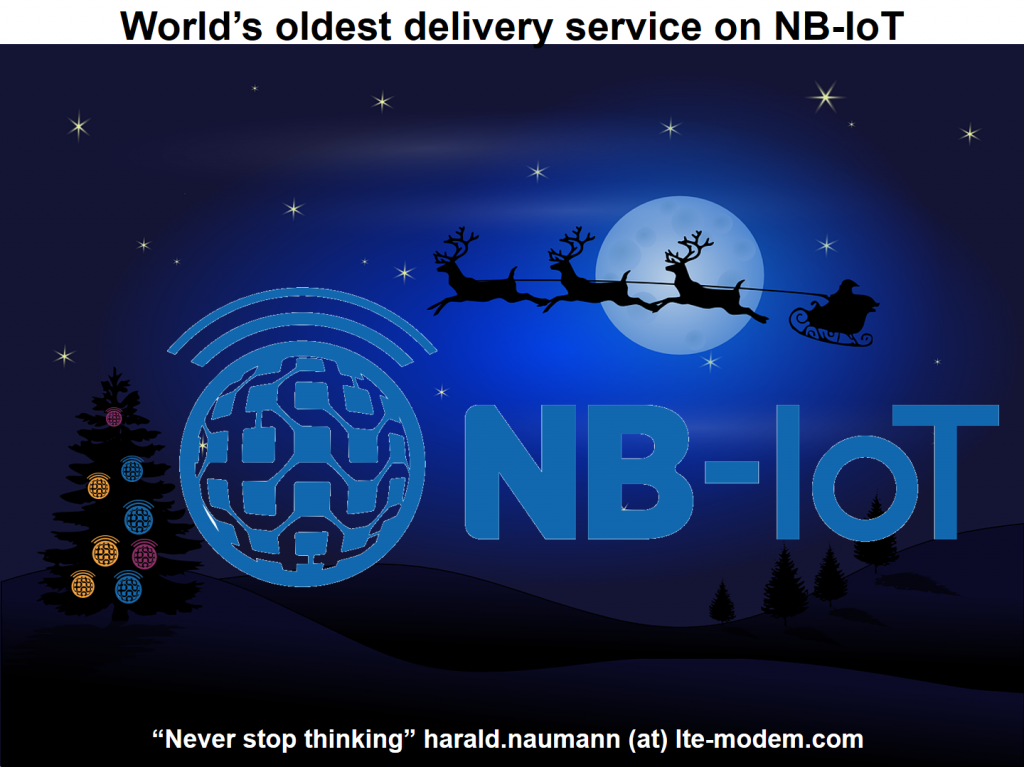 The oldest delivery service in the world now obtains NB-IoT

Since Santa Claus uses an emission-free drive, he is allowed to continue to deliver in our cities worldwide even after the new environmental regulations. Nevertheless, the population of the earth is increasing. Unfortunately, there is only one Santa Claus. Therefore, the akorIoT team developed a method to optimize the supply chain of the old man. It was necessary to find a radio technology that would also work indoors worldwide. The choice fell on multi-mode radio equipment based on NB-IoT, LTE-M and GPRS. The three radio technologies of 3GPP are combined in the Quectel BG96 radio module. In addition, the BG96 already supports GNSS.

Why NB-IoT was chosen and not one of the unlicensed LPWAN or satellite services will be explained in the following articles. Furthermore, it will be explained at the first NB-IoT Christmas party on 12th of December in Tilburg. Beside the eight specialists from the range NB-IoT also Santa Claus takes part as special guest. He will report personally on his experiences with NB-IoT. Be there. Register one of the limited places today. For less than 100 Euros you can get drinks, snacks, lunch and dinner the day before at the Come-Together-Event for less than 100 Euro in addition to the lectures and demonstrations. In addition, the author of the IoT / M2M Cookbook, Harald Naumann, will be answering questions on the day before the party and will measure antennas with his vector network analyser free on return loss.