Choosing the right integrated LTE antenna is not easy. The large number of LTE bands makes the construction of integrated LTE antennas more complex. All that glitters is not gold. You have to look closely at the data sheet of the LTE antenna. The lowest LTE frequency is 698 MHz. The highest LTE frequency is 2690 MHz. And between the  lowermost and uppermost LTE frequency are a few more bands. GSM and UMTS are still the fall-back mode for LTE, and should also be covered.
Looking very closely at the data sheet includes taking a close look at the size of the reference ground plane of the LTE antenna evaluation kit. The lower the lowest frequency, the greater must be the PCB area. Some antennas are specified to a 120 mm long ground plane. Other antennas are specified on a ground plane length of 100 mm. When comparing data sheets, you should do so with the same length of ground plane. If this is not possible, then only a test set-up will help. The test set-up will contain at least a blank PCB with the LTE antennas you wish to compare and, if available, also with the battery. The battery is a large rolled metal surface and increases the ground plan or does exactly the opposite acting as a notch filter to asorb your RF energy. The plastic enclosure with its Epsilon R will change the Radiation Pattern as well. The evaluation kits of the antenna manufacturers are usually tested in free space. But if the plastic contains foreign materials, in extreme metal or carbon, then the measurement result will be frighteningly bad.

Example for an embedded LTE antenna:

Records of the embedded LTE antenna

If you do not have a final plastic enclosure, then order just some plastic plates in same material, same thickness and same Epsilon R, cut the plates and glue them together. This fake enclosure is better than testing with no enclosure. The distance of the LTE antenna to the plastic should be almost the same as with the final enclosure. The aim of this basic measurement will be to detect the bandwidth and resonance frequency.

You can simulate the tuning of the antenna in the manner described in my IoT M2M Cookbook. If this result is fine, then you can solder the passive components to the matching circuit. Please do not plan only a T-circuit or a PI-circuit in you layout. The simulation software can simulate up to four components like those listed in the picture above. 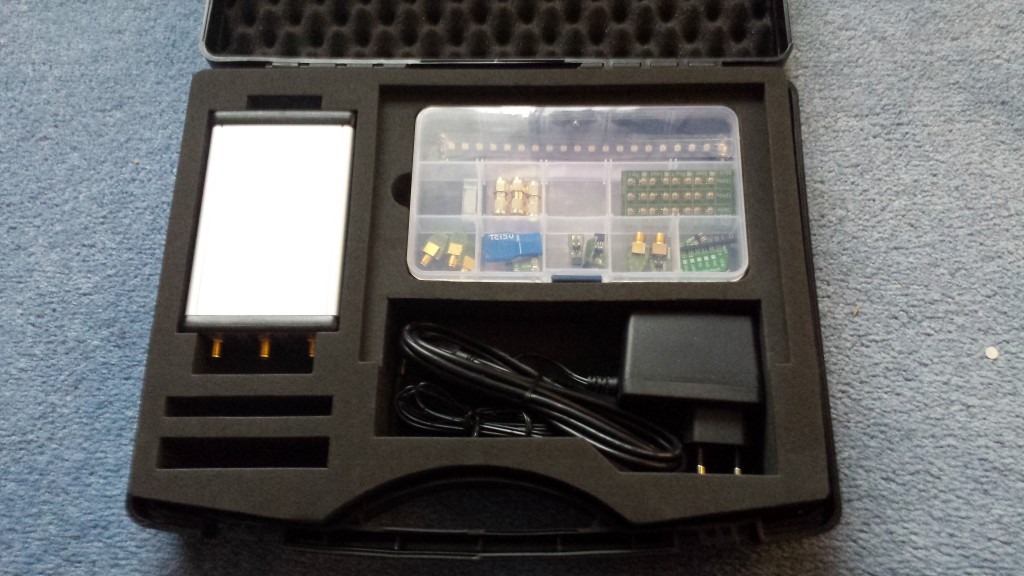 If you do not own a Vector Network Analyser (VNA),  then think about spending Euro 4,000 as I did. The VNA comes with a playground of circuits and antennas. Within one Sunday afternoon I learned how to calibrate the VNA and how to measure the Return Loss and VSWR. The export of the Touchtone File in S1P and the import in the free of charge simulation software takes only a few mouse clicks.

If you still are uncertain in using a VNA, then find a third party that will do the job for you. Some antenna consulting in the beginning of a IoT M2M project and a measurement of a test set-up is a good investment.

If you are interested in the embedded LTE antennas, how to use a VNA, some consulting, some antenna test set-ups up for development of prototypes or final wireless IoT products then to not hesitate to drop an email to harald.naumann (at) gsm-modem.de