Why now NB-IoT instead of LoRaWAN or Sigfox? 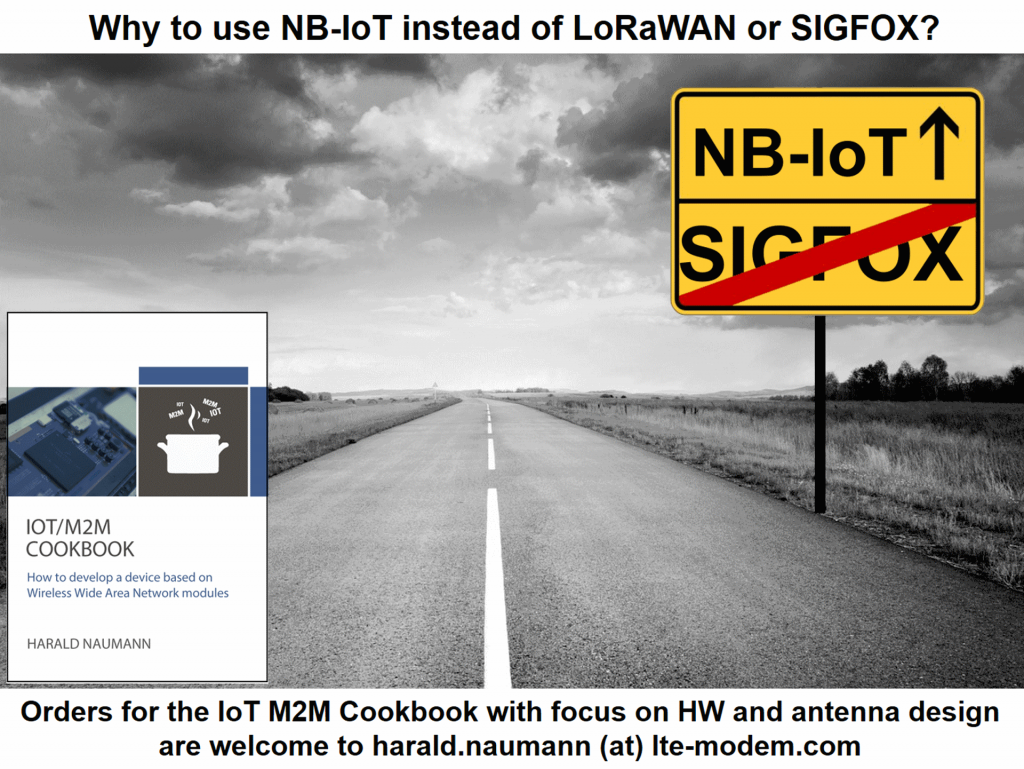 Why NB-IoT instead or LoRaWAN and Sigfox

There are hundreds of reasons for NB-IoT and hundreds against LoRaWAN and Sigfox. Below is a typical example. The potential customer already prefers NB-IoT and we can deliver NB-IoT with fallback to GSM. In Germany there is no Sigfox Indoor in my city. In the three neighbouring districts there is also no Sigfox Indoor and in one not even Sigfox Outdoor. There is no national LoRaWAN here. We have developed our reference designs, sensors and trackers so that we can deliver worldwide. To beat LoRaWAN and Sigfox is not difficult. LoRaWAN is only rolled out reasonably well in a few countries. According to Sigfox in a post on Linkedin in August 2019 the run only 20,000 Gateways worldwide. We have about 50,000 LTE base stations in Germany at Deutsche Telekom and Vodafone. We have about twice as many NB-IoT base stations as Sigfox gateways worldwide.  Our decision to rely on NB-IoT was the right one. Converting a sensor or a tracker from NB-IoT to LoRaWAN is very easy. In the simplest case we replace the NB-IoT module for our pin-compatible LoRaWAN module and optimize the wide band NB-IoT antenna to the narrow band antenna for LoRaWAN. And that’s exactly what will happen on a project-by-project basis. Our NB-IoT design can be changed on request.

Request for a LPWAN sensor:

Hi Harald, we have a need for a sensor like in the description as attached.  A nation wide connectivity service must be used, leaving us with Sigfox, LoRaWan , or NB-IoT. The last one would be my favourite but does such a sensor exist? Mayby one of your customers can provide the sensor?

Answer and outlook for a NB-IoT sensor:

The sensor is finished and was developed by the developer of the akorIoT SensPRO (Triptec in Lübeck). It works on NB-IoT, LTEM and GSM. If there is no NB-IoT coverage the device switches to GSM. In Germany we have 2 NB-IoT networks parallel and soon also NB-IoT roaming. In addition there are 3 GSM networks in parallel. If there is a budget for redesign on LoRaWAN or Sigfox, then we can implement it. We do not have a nationwide LoRaWAN in Germany.

According to their homepage, Sigfox’s network coverage is outdoor coverage. In Germany only 2000 Sigfox are planned. According to Sigfox on Linkedin in August 2019, there are only 20,000 gateways worldwide. A gateway or NB-IoT with a link budget of approx. 154 dB can only reach a range of 1 km to 2 km for physical reasons. Anyone can quickly calculate this with the Hata Radio Propergation formula. This can also be found in my new IoT M2M Cookbook with focus on LPWAN. I explain with free tools how to plan, simulate and test a private LPWAN.

Since there is NB-IoT and public LoRaWAN in your country, you can theoretically use both. NB-IoT with parallel GSM costs only 1 Euro per year in Germany and is therefore much cheaper than LoRaWAN and Sigfox. Due to the triple fallback level with GSM, it is also much safer than technology in the unlicensed band. At the same or similar price, NB-IoT is much better than the other LPWAN technologies.

The next step is a conference call to get to know each other. Then a demonstration in Lübeck can take place and as a third could follow a short test in your country and as a fourth a field test with 100 sensors in your country. All sales representatives get a sensor and can test and demonstrate it themselves.

Thank you in advance for your feedback.

– Matching of the antenna in the device (chip, PCB antenna, helical antenna)
– Guidance on antenna design if undertaken by the client
– Antenna layout of the dual F-antenna on an empty PCB in the customer’s enclosure
– Antenna layout of any other custom PCB antenna: Helix antenna, Flex PCB antenna, Antenna punched from tinplate, Antenna printed on plastic in housing, Antenna on ceramic, Slot antennas and many more techniques
– Antenna with radio module and power supply for extremely low power consumption
– Assisting in the implementation of the antenna or power supply concept in the fully-featured PCB of the customer
– Development of the whole PCB including antenna with software Development by the customer
– Development of the whole device (HW + SW) following the client’s specifications
– Reference designs with NB-IoT, LTE-M, GSM, GNSS, BLE, Wi-Fi, MCU, sensors, charging electronics for over 20 applications with an open block diagram and the possibility for customers to develop their own code using a free C compiler
– Preliminary measurements and tests required for radio certification
– Radio certification according to RED (CE), FCC and several more standards
– Workshops at the client’s office or via video conference
– Training and seminars on radio technology and radio certification