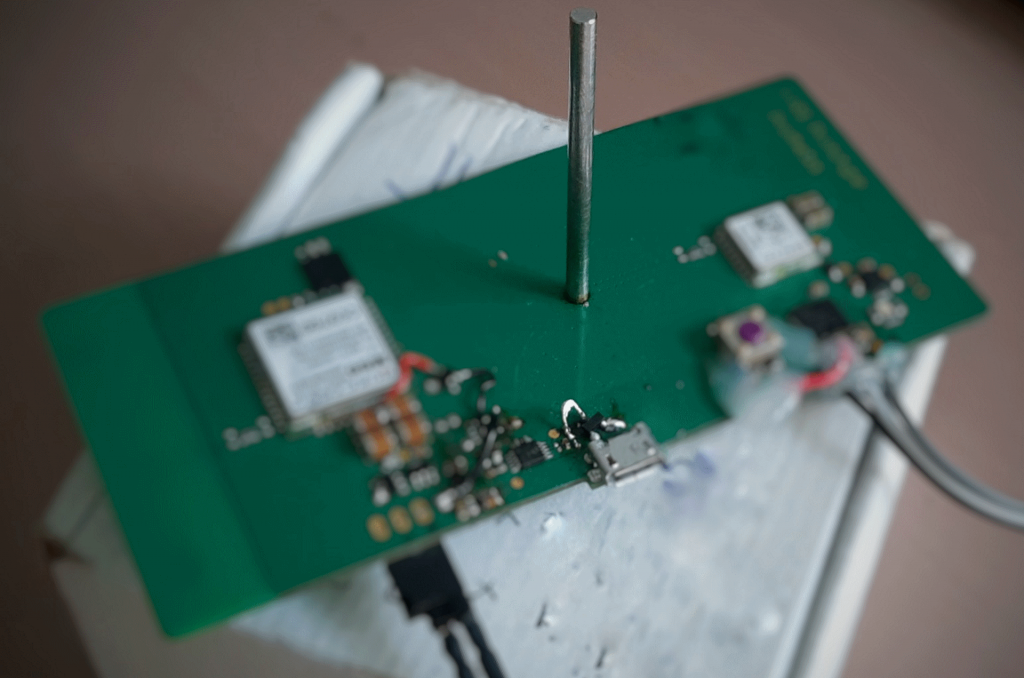 Everybody talks about protecting the environment and recycling. The nail antenna from the land of poets and thinkers (Germany) follows this trend. We’ve hit the nail on the head with this design.  We don’t need a new nail – no we use old, superfluous, rusty nails and recycle them into valuable, perfect GNSS antennas. This nail antenna was tuned without using a Vector Network Analyser (VNA). To adjust the nail antenna you only need a belt grinder. You shorten the nail with the saw to approximately Lambda/4, check the number of visible GNSS satellites in the NMEA string and then further shorten the nail by grinding it. We do this until we see a maximum number of satellites in the sky. And as you can see, we are saving twice because we use old nails as antennas and save money on the purchase of an expensive VNA. If you don’t have a belt grinder, you are welcome to use a hand file. If you don’t have a hand file, you just ask your friendly neighbour. Everybody who sends me a picture of their nail antenna for GPS, LoRaWAN, Sigfox, Bluetooth, NB-IoT, or LTEM by e-mail up to October 31, 2019, can get a 30% discount on my IoT M2M Cookbook. harald.naumann (at) lte-modem.com

Kidding aside – Back to real LPWAN and GNSS antennas

The antenna above is real. The HW developer has the same MegiQ Vector Network Analyzer (VNA) as me.  His VNA is in the laboratory and he wanted to repair the PCB at home. The GPS patch antenna was broken and at home there were only nails and a belt grinder. How a Lambda/4 antenna works is basic knowledge. From time to time we exchange home made antennas. He constructed an antenna from old nails and/or metal rod and I constructed one from two two cent coins (total cost therefore 4 euro cent).  A nail antenna can be adjusted to SubGHz (LoRaWAN, Sigfox, NB-IoT) and Bluetooth or Wi-Fi .  My coin antenna is difficult to impossible to tune for SubGHz.

Nails or coins – from both you can develop antennas

The right conductive structure in the right arrangement always results in an antenna. You only have to know which structure fits which application. 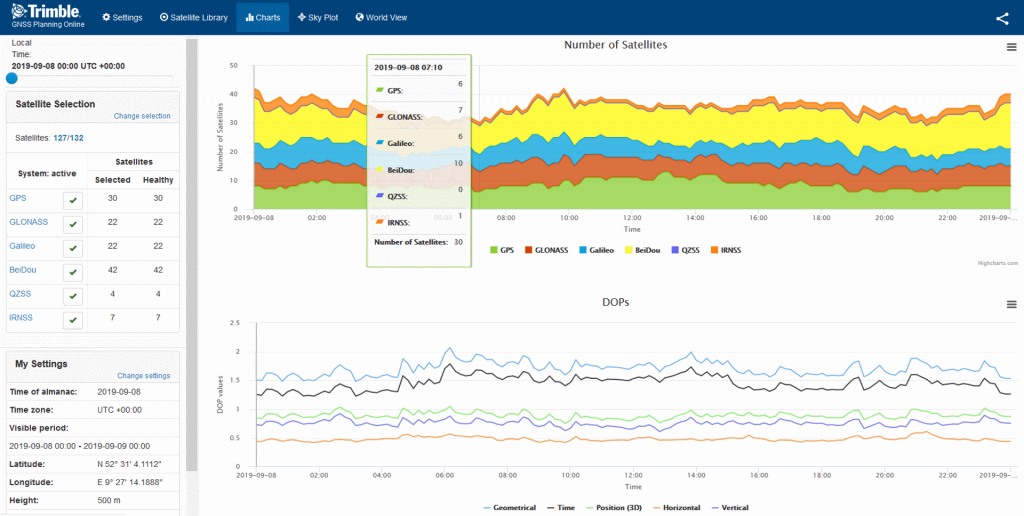 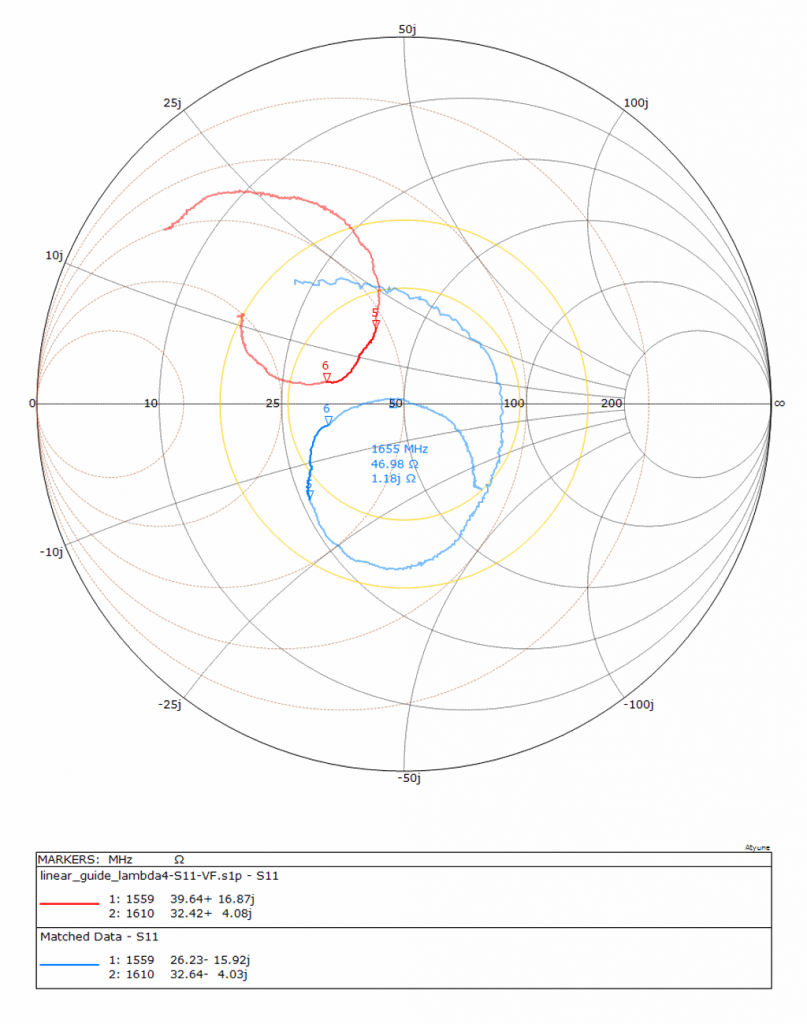 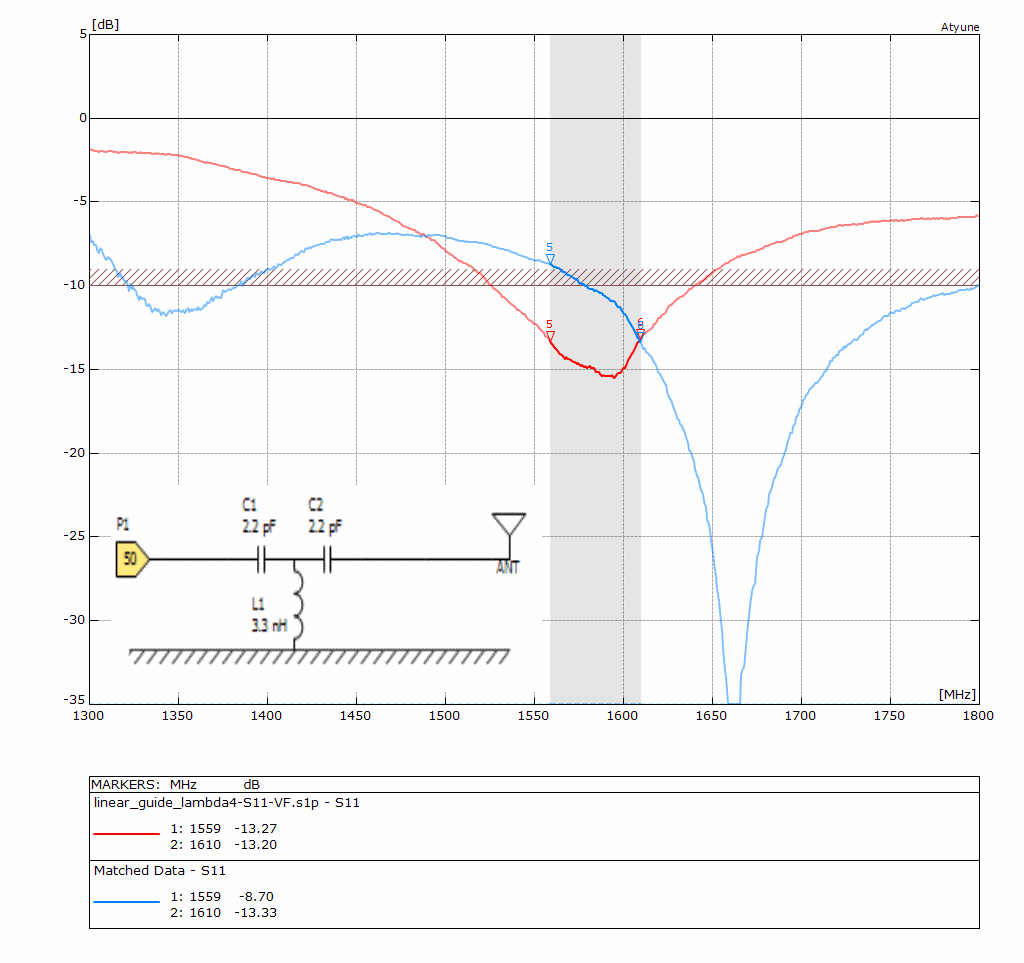 The red curves show the antenna not matched to 50 Ohm in the return loss diagram and in the Smith chart. The blue curve shows the attempt to simulate matching. The return loss in the blue curve is better than -35 dB. However, the antenna cannot be adjusted to 50 Ohm and simultaneously pulled to 1575 MHz medium frequency. The 50 ohms are almost reached at 1655 MHz. The frequency is too high and the nail should be a bit longer. The red curve is perfect for this, which was adjusted without VNA. But it also shows that only shortening the antenna without VNA will not achieve the optimum. The blue curve would shift towards the red curve with a slightly longer antenna.

Anyone who has problems with their antenna or radio can contact us.  It does not have to be a nail antenna or a 4 cent antenna. We take care of almost every antenna from 400 MHz to 6000 MHz.

– Matching of the antenna in the device (chip, PCB antenna, helical antenna)
– Guidance on antenna design if undertaken by the client
– Antenna layout of the dual F-antenna on an empty PCB in the customer’s enclosure
– Antenna layout of any other custom PCB antenna: Helix antenna, Flex PCB antenna, Antenna punched from tinplate, Antenna printed on plastic in housing, Antenna on ceramic, Slot antennas and many more techniques
– Antenna with radio module and power supply for extremely low power consumption
– Assisting in the implementation of the antenna or power supply concept in the fully-featured PCB of the customer
– Development of the whole PCB including an antenna with software Development by the customer
– Development of the whole device (HW + SW) following the client’s specifications
– Reference designs with NB-IoT, LTE-M, GSM, GNSS, BLE, Wi-Fi, MCU, sensors, charging electronics for over 20 applications with an open block diagram and the possibility for customers to develop their own code using a free C compiler
– Preliminary measurements and tests required for radio certification
– Radio certification according to RED (CE), FCC and several more standards
– Workshops at the client’s office or via video conference
– Training and seminars on radio technology and radio certification