Last week I got a request to support a small GPS tracker. The request is not new to me. It reaches me in several times per year. However, it makes no sense to reinvent the wheel again and again.

To minimise the effort for your GPS tracking project on NB-IoT, LoRaWAN, SIGFOX or Weightless P the akorIoT team designed a unique GNSS test PCB. The PCB dimensions of 30 mm x 40 mm can be expanded to a customised size to the dimensions of your enclosure. 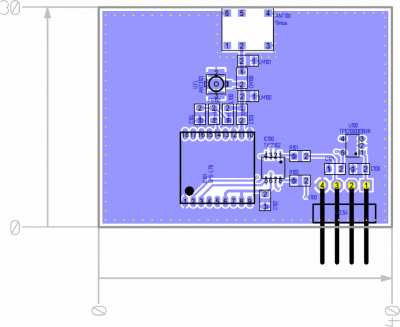 We match the GNSS chip antenna on the new PCB size including your plastic enclosure. The values of the components in the matching circuit will be documented and used on the final PCB. Before the final PCB development starts, there is a step in between. The four pins of the test GNSS test PCB are wired to a USB to UART converter on the test PCB. Based on that you will test the “empty PCB” with a GNSS antenna and GNSS module connected to your laptop. The NMEA strings will be recorded and later on analysed with free of charge standard software. These NMEA strings contain the position calculated after reading the GNSS satellites, the number of visible satellites and a few more interesting parameters. The NMEA GSA string includes the numbers of the GNSS satellites being used in the current calculation and the DOP. The DOP (dilution of precision) is an indication of the effect of GNSS satellite geometry on the accuracy of the GNSS fix. It is a unitless parameter where smaller is better. For 3D fixes, using four satellites 1.0 is already a perfect value. The number of GNSS satellites you will receive and the better PDOP is direct related to your GNSS antenna design and matching, including the performance of your selected GNSS module. For comparison, you could use a common GNSS mouse and an Android smartphone. The GNSS mouse should give you best NMEA output to compare with.  Here is a NMEA string: 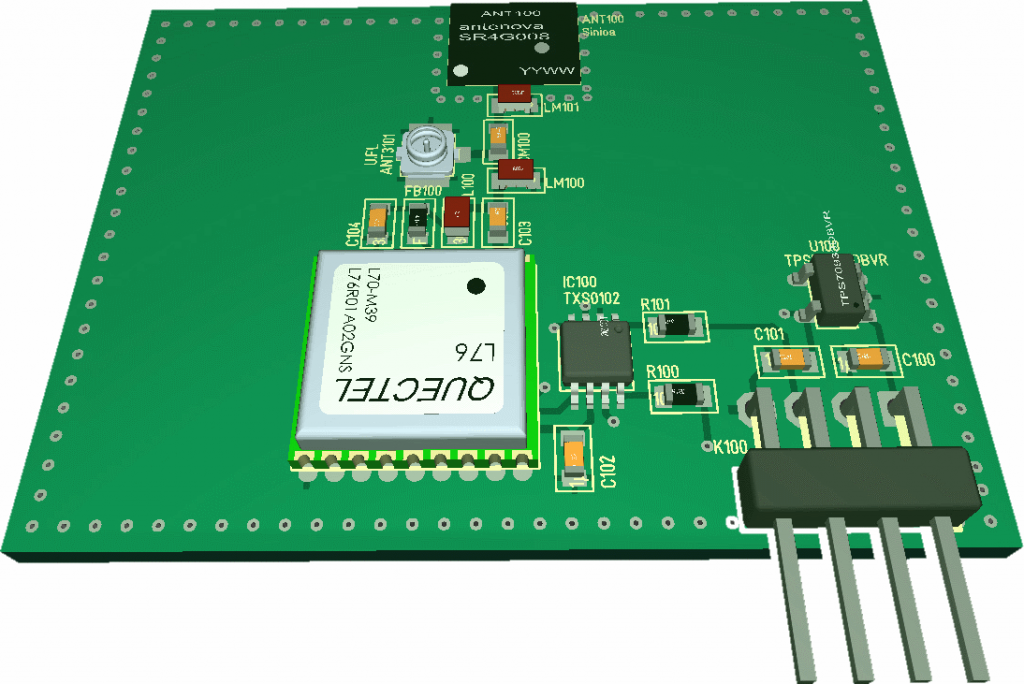 This easy to use GNSS test PCB including Eagle files, Gerber files, expanding to customised size measurement by Vector Network analyser inside your enclosure, export of Return Loss values to S1P files before and after matching you can order for Euro 480. S1P is a common exchange format. The S1P files you can read it by free of charge software and print the Return Loss, the VSWR, the Smith Chart and a lot of more on your screen.

The video above shows that the GNSS antenna is stable in the centre frequency and return loss even when a human body is close to the test PCB.

If this is not enough, then the akorIoT team is able to measure the GNSS antenna radiation pattern of the GNSS test PCB for a reasonable budget. We are motivated to help our customers to design world best wireless IoT devices. If you have two minutes left, then watch the video:

This article gained your interest? Are you interested in more details about these unique antennas services? Do you plan a redesign of a wireless IoT device? Are you just unhappy with the antenna performance of your IoT device? Is your answer YES? Then do not hesitate to drop an email to harald.naumann (at) lte-modem.com.