This is an example of a typical design process with the various steps leading to a ready-to-use wireless IoT product. 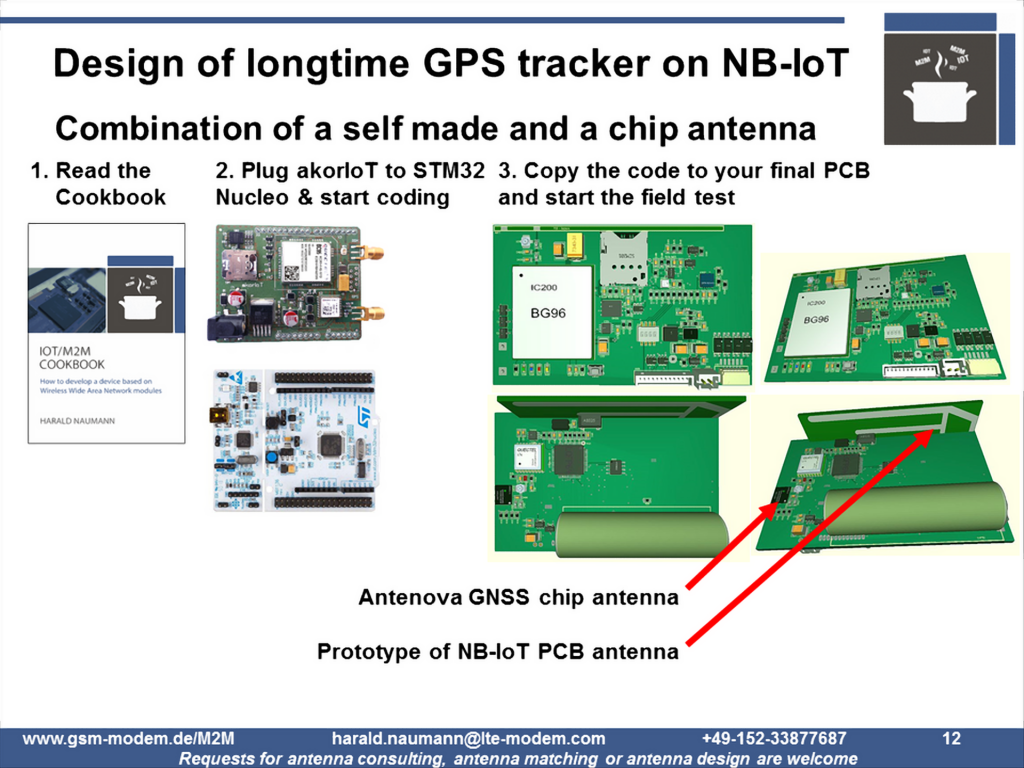 The second step will be to plug the akorIoT radio adapter into one of the MCU kits with an Arduino header. The STM32 Nucleo evaluation kits give you the freedom to select from 33 different versions. For akorIoT Nano it is almost the same. The akorIoT SensPRO customers do not need to plug anything in because the SensPRO PCBs are ready to use.

akorIoT Micro radio adapters are tested on Arduino UNO and are optimised for STM32 Nucleo, because Nucleo kits offer always more than one UART. One UART will be used for the cellular module and the other for the GPS module. However, the Intel Galileo eval kit offers two UARTs as well. The Raspberry PI will be supported by a common PI to Arduino extension adapter.

Step 3 – Write your first own code for the akorIoT PCBs

The Nucleo kits on ARM Cortex M0, M3 or M4 are usually enabled for the cloud-based environments, ARM mbed C Complier and GCC GNU Compiler. With both IDEs, you will be able to access the multi-sensor or the GPS module on the akorIoT radio adapter. For akorIoT SensPRO you can select from C Compliers or Arduino STK.

If you are planning a device with embedded antennas then it is highly recommended that you develop some “empty” test PCBs with the selected antennas and U.FL plugs. The U.FL plugs will be used to feed the antennas with a Vector Network Analyser. The testing and optimisation can be done by your HW team or by the akorIoT team

Step 5 – Power up your first PCBs

Load the code developed at step 2 to your PCB and start with field test. After the field test, you will add the experience thus gained to the next version of your PCB, and further field tests will follow.

After the field test you will make a pre-production run followed by mass production. On the customer reference list of the akorIoT team you will find Gillette Order Button which is already in mass production. The button has a forecast of 100K+ IoT devices per year. The cellular antenna of the order button is a customised, reworked version of the one detailed in the IoT/M2M Cookbook. The bill of materials cost for the embedded antenna is 0 USD. The order button was optimised on price and performance. The akorIoT team will be happy to guide you from concept to mass production as well.

Does the akorIoT PCBS gain your interest? Do you have a wireless IoT idea? Do you plan an IoT device with embedded antennas? Do you have an IoT prototype and have a need for optimisation or price? If your answer to any of these qustions is “YES”. Then do not hesitate to drop an email to harald.naumann (at) lte-modem.com and to ask for an akorIoT radio adapter or some engineering services to make your IoT idea reality.