In the last quarter of this year, there will be a few more highlights. 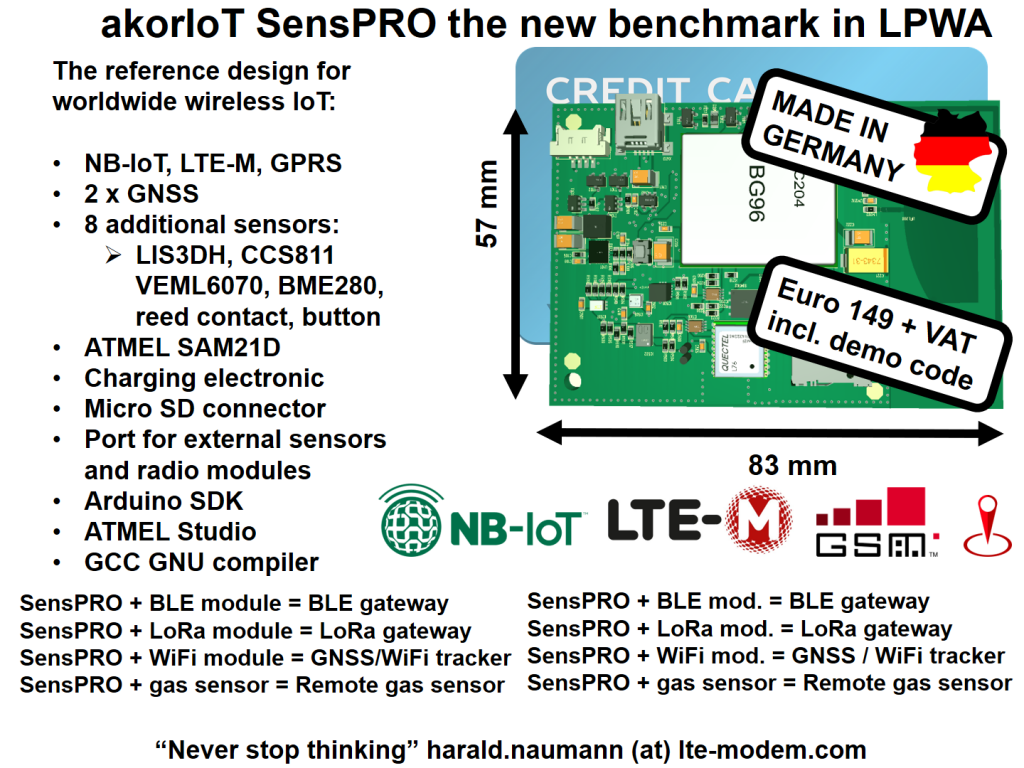 Electronica will be in Munich from November 13 to 16. Take a look at Tekmodul at booth C3.148. Once again, there will be a fireworks spectacle of radio news. I have the first German long-term tracker akorIoT SensPRO with multiband module NB-IoT, LTE-M, GPRS and GNSS with open interfaces. Programming can be done with the Arduino SDK, Atmel Studio, or GCC GNU Complier. More about this in the picture below. Tickets for the Electronica on request at harald.naumann (at) lte-modem.com

November 14 – Wireless Congress parallel to Electronica. The CTO of Triptec, Mr. Wilhelm Oelers, holds the workshop “Make your Hands Dirty on NB-IoT applications”. He explains to you how to assemble an LPWAN board and puts the akorIoT SensPRO into operation. Read more: http://www.gsm-modem.de/M2M/antenna-test/make-your-hands-dirty-on-nb-iot-application-wireless-congress-in-munich/ 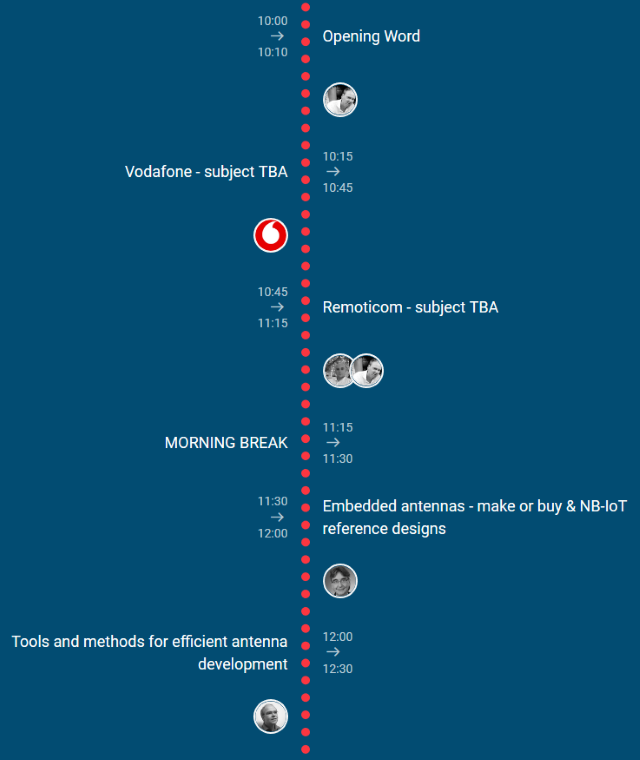 December 11 – IoT2Learn Get Together – Networking and NB-IoT SIM cards for borrowing and testing your NB-IoT devices and evaluation kits in the NB-IoT network of the Netherlands. Free measurements of your antennas on return loss with my Vector Network Analyser. Discussions and exchange of experiences about NB-IoT with the host Remoticom, Vodafone, the guests and also with me. Tickets: http://www.iot2learn.com

December 12th – IoT2Learn, the world’s first NB-IoT-Xmas party with 8 speakers from 8 companies to NB-IoT in Tilburg. Vodafone speaks about the expansion of the NB-IoT in NL and DE. Ericssson will show its Cloud. Remoticom will show a variety of NB-IoT products. Tekmodul will explais the integration of NB-IoT antennas. MegiQ will show measurements of antennas live. Rhode&Schwarz will show the outlook to NB-IoT Release 15. Focus Infocom will present its NB-IoT Network Quality Scanner. Horizon withh show Blockchain with NB-IoT. And at the end of the day Santa Claus will hand over his presents – of course based on NB-IoT. This time everything will be presented in English. Tickets: http://www.iot2learn.com

A lot of wireless at the end of the year. Do we meet in Munich or in Tilburg or even on both places? At IoT2Learn our Dutch neighbours will show us what NB-IoT can do. The Netherlands have a 12-month lead and two nationwide, parallel NB-IoT networks. What is NB-IoT doing in Germany? Well, my old district Neustadt am Rübenberge has NB-IoT in the last corner and in the small villages. I like to share my experiences.

I look forward to the personal discussion and to your questions by email to harald.naumann(at)lte-modem.com

The places in Tilburg are limited. Register today at http://www.iot2learn.com