The DUT is a GPS loop antenna planned for a small GSM / GPS tracker of an estimated 40 mm x 20 mm. The goal of this test is to detect the bandwidth of the GPS antenna and the interference of meat placed close to the final GPS tracker.

Check of the ingredients of world´s first IoT sandwich 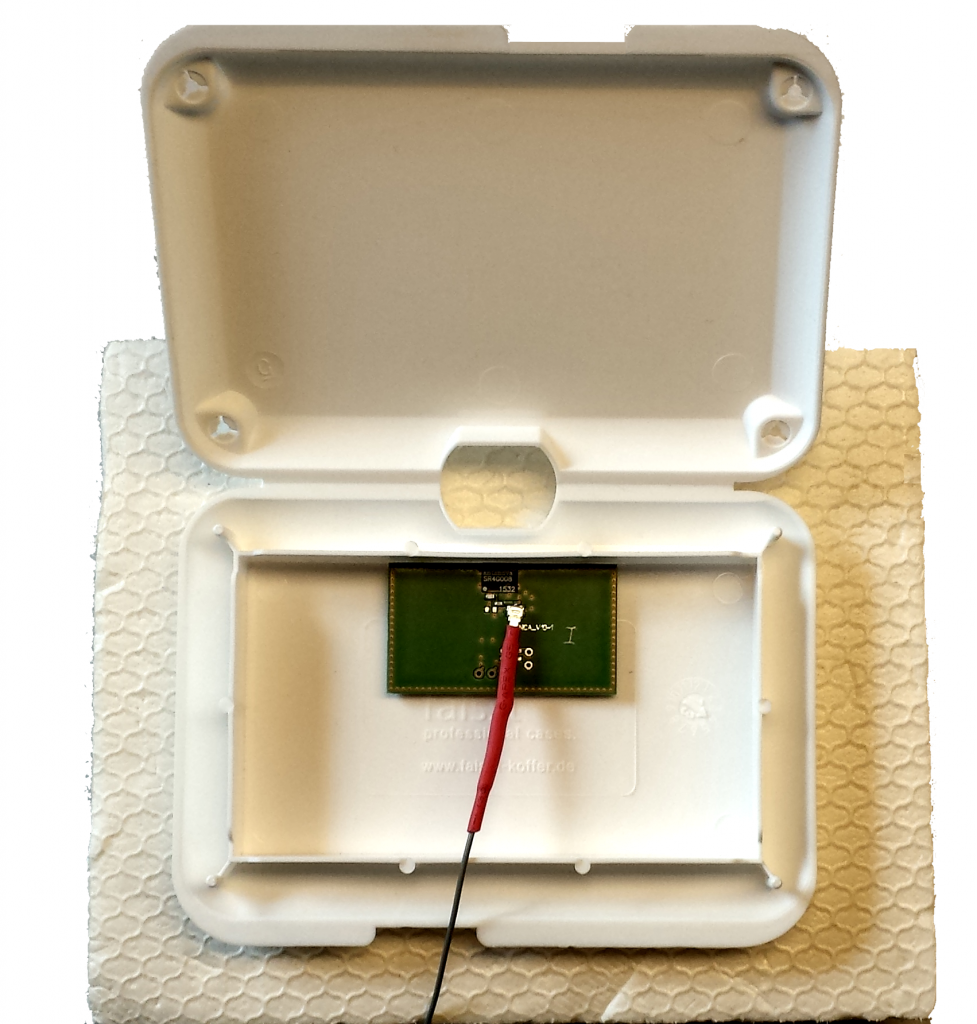 Before we start to cook (measure) we have a closer look at the ingredients. The plastic box is nothing special. It is a standard box for shipments of electronic components. For this GPS chip antenna test nearly any plastic box could do the job. However, the thickness of the plastic and the Epsilon R of the plastic should be close to the final material of your IoT / M2M application.
The Styropor block on your table will help to set the distance to the wood of the table.  Styropor has an Epsilon R similar to air of 1. Take care that there is no metal  on the underside of your table. A metal bar could interfere with the antenna.
The PCB with soldered GPS chip loop antenna is fixed with tape to the plastic enclosure to make sure that it will not move during measurement. The GPS antenna was already matched to another unknown environment. This means we will not expect to see the Return Loss peak in the middle of the GPS /GLONASS band.
The coaxial cable includes a small balun between U.FL connector and cable. With this balun we will ensure that the coaxial cable will be a part of the small ground plane of the PCB.

Nine different PCB antennas – today just one is under test 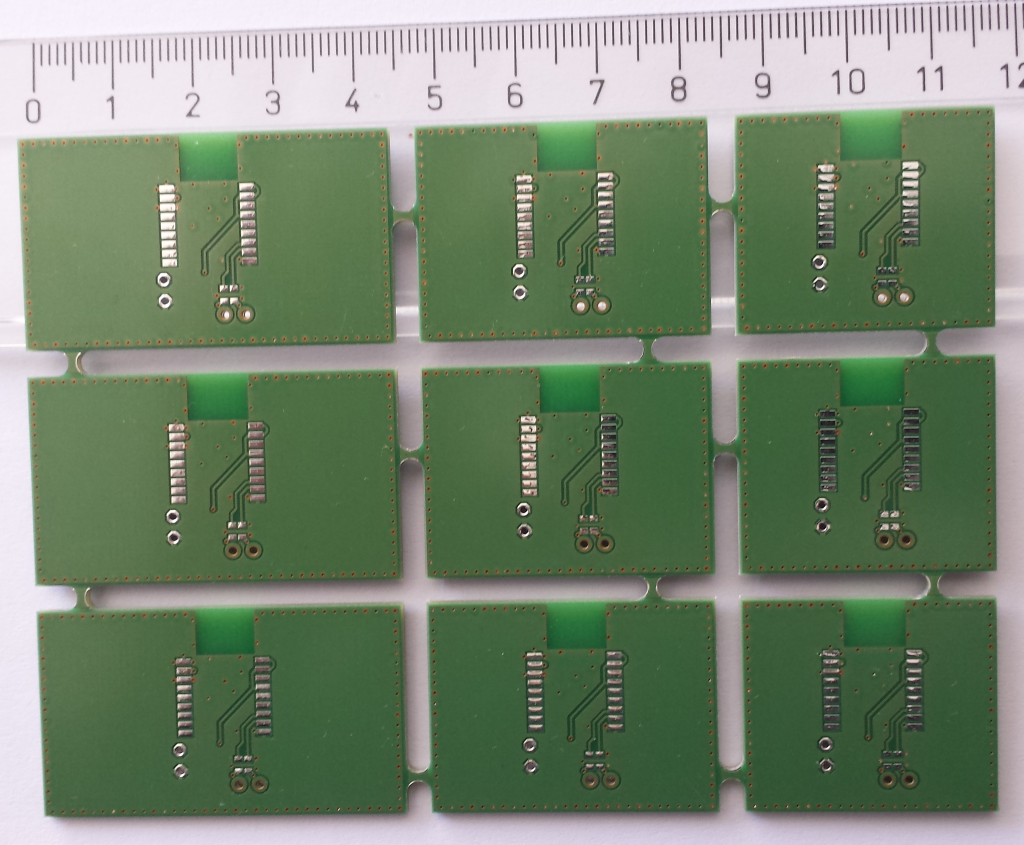 From the nine different PCBs we will use one for this delicious recipe. The other eight PCBs we will use for the main course or the derserts. Furthermore, the PCBs are prepared to hold different types of GPS modules. Today we will focus on the effect of meat close to the GSM / GPS tracker.

Closer look on the ingredients of the IoT sandwich 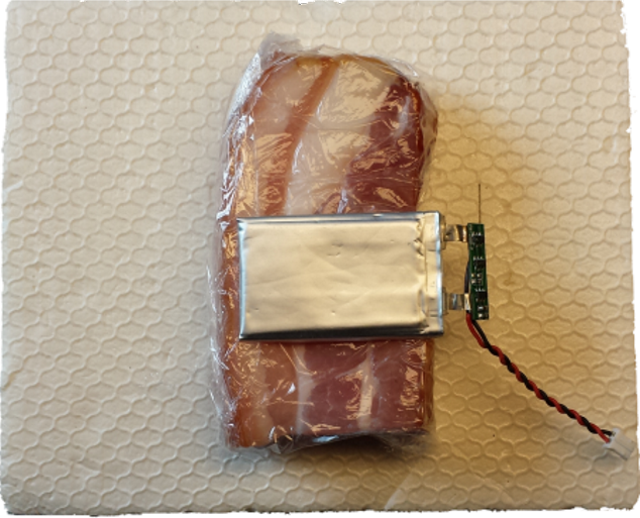 The battery is not connected to the PCB. The battery was just used to create a distance between the GPS antenna on the PCB and the bacon. In the real GSM GPS tracker design there will be a sandwich structure:

The sandwich topology will help to get the distance to the GPS chip  loop antenna. In the final device the H-field (magnetic field) of the GPS loop antenna must not  pass any metal. 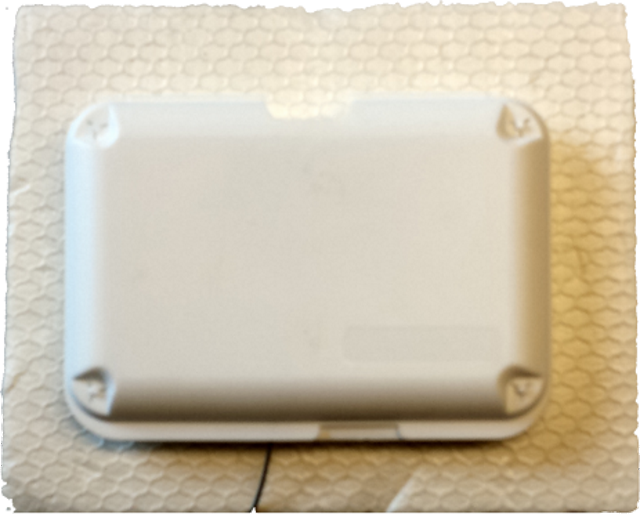 For the first step of this test we closed the enclosure. We got a sandwich structure of: 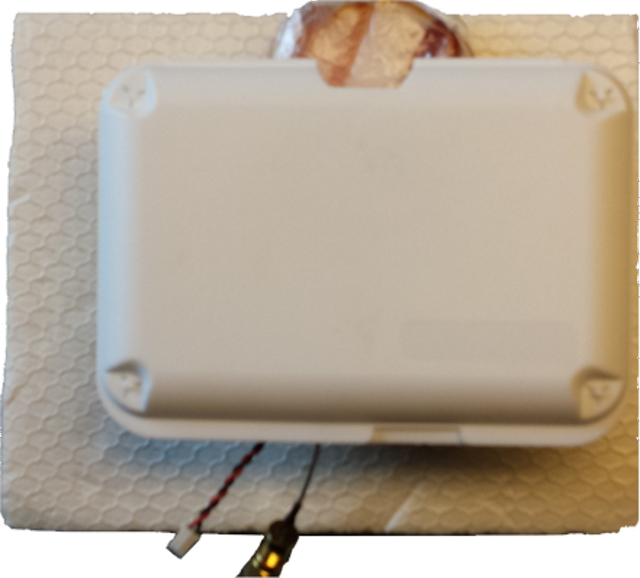 For the second step of this test we closed the enclosure. We now had  a sandwich structure of:

Return Loss of the IoT sandwich with and without meat 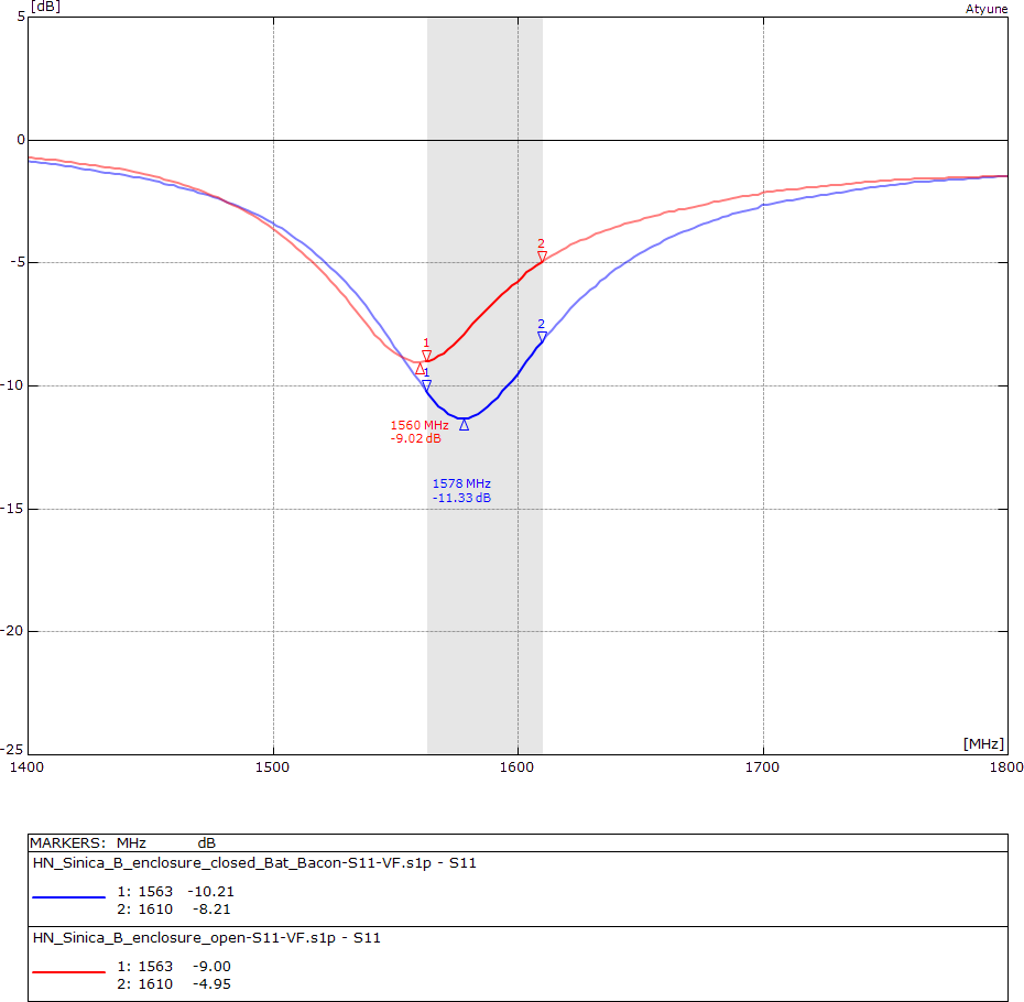 The DUT under tests has shown that there is a desperate need for antenna testing in close to real conditions. Be aware that the data sheets of the GPS antenna manufacturers show Return Loss in free space only. To avoid a nasty surprise there is a much better approach. The solution is antenna testing by a third party including documentation on Return Loss on a non-matched antenna, simulation of the matching circuit plus matching with passive components and measurement by Vector network analyser again.

The pre-test will always contain the test report and the S1P file of the original PCB without matching. With the S1P file the customer of the pre-test can simulate matching circuits on their own. Such a pre-test costs only Euro 240. If the selected antenna does not pass the pre-test, then you can stop because you know you will need another antenna for your IoT M2M design.

The test in a real environment will cost more due to the additional time and effort. We selected a pet or person tracker as an example. We emulated the body with a piece of bacon. Just to let you know that we tested with fresh meat (a chicken) sealed in a plastic box as well. The result was nearly the same. Dryer cured meat like Parma ham or Serano ham will not do the job perfect, because both types of ham were preserved by air drying.

If you are interested in an antenna pre-test, antenna test at real  environment or antenna consulting for selection then do not hesitate to drop an email to harald.naumann (at) gsm – modem .de