GSM voice encryption works by digitizing the conversation at the telephone or GSM module and applying a cryptographic technique to the resulting bit stream. In order to decrypt the speech, the correct encryption method and key must be used.
Today, competitors, hackers, or governmental institutions can intercept any GSM cell call with relatively little effort. The described application is designed to encrypt your voice calls protecting you or your customers from interceptions. It is a full duplex real time voice encryption solution, which allows you to talk and listen at the same time. There is no hardware modification at GSM / UMTS module required.

How to make your own GSM voice encryption real?

The GSM / UMTS modules listed here are supporting analogue and digital voice interface. The digital voice interface will be used to crypt and to encrypt the voice bit stream by microcontroller. The DVI works in burst mode at 8 KHz mono voice data. The GSM voice encryption has been tested with the module configured as master with a clock rate of 136 KHz, and using Freescale microcontroller running on Windows CE. The same algorithm will run on any other common or proprietary operating system 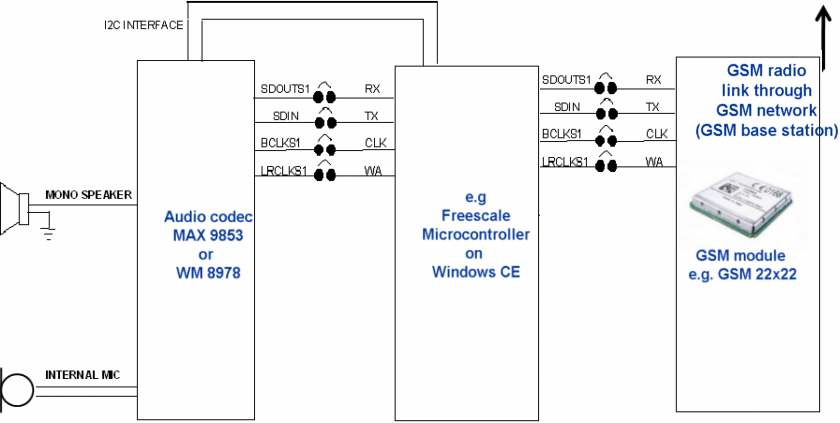 Anything can be encrypted and protect by the described algorithm. Last not least it can be used for other audio applications based on Bluetooth or DECT as well. The only we will need is a digital audio bit-stream.